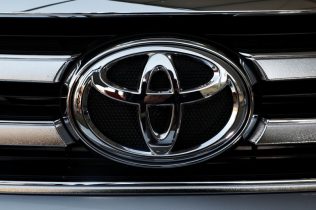 TOKYO (Reuters) – Toyota Motor Corp <7203.T> on Monday said it will market more than 10 all-electric vehicle (EV) models globally in the early 2020s, and that investment to develop their batteries is likely to exceed $13 billion (1.5 trillion yen) through 2030.

China, the United States and a growing number of other countries are forcing automakers to make low-emissions cars, spurring competition to develop EVs even as battery-operated cars currently comprise just a sliver of the global market.

“As a mass-market automaker we need to expand our offering of electric cars,” Executive Vice President Shigeki Terashi said at a briefing in Tokyo. “To promote the wider use of EVs, we need to increase our technical development capabilities and address the societal impact of the technology.”

He said Toyota would introduce pure-battery models initially in China, followed by Japan, India, the U.S. and Europe.

Toyota has expanded EV development capabilities since last year when it announced it would add fully electric vehicles to its product line-up. The announcement surprised some industry players as the automaker had long touted a green-car strategy focusing mainly on plug-in hybrid and fuel-cell vehicles (FCVs).

Terashi, who heads Toyota’s EV Business Planning Department, said the automaker was not shifting focus from FCVs to EVs, but rather planned to increase offerings in both segments.

Already, to increase the driving range of EVs and improve battery safety, Toyota has been developing a number of technologies including solid-state batteries, which it has described as being an industry “game changer”.

The automaker expects EVs to make up around half of its total sales by 2030. By then, it aims to sell 4.5 million petrol-electric and plug-in hybrid vehicles annually, and 1.0 million all-electric vehicles and FCVs.