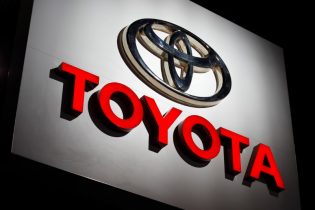 TOKYO (Reuters) – Uber Technologies is discussing the possibility of installing its self-driving system in Toyota Motor Co <7203.T> vehicles as the U.S. ride-hailing firm seeks to sell its autonomous driving technology to outside companies, the Nikkei reported on Friday.

Without citing sources, the Japanese business daily said that the firms are negotiating a possible deal for Toyota to use Uber’s automated driving technology in one of the automaker’s minivan models, and that Uber CEO Dara Khosrowshahi had met with Toyota executives in the United States this week.

Toyota, which is developing its own automated driving functions, has said it is open to collaborating with other firms to quickly bring new mobility technologies to market. It already has partnerships with Uber on ride-hailing and development of self-driving systems.

“We regularly exchange information about automated driving with Uber for some time now,” a spokeswoman said, adding that no decisions have been made beyond its existing partnership.

Global automakers and tech companies are racing to develop self-driving cars as the rise of autonomous, on-demand vehicle services upends the traditional business model of personal transportation that is largely based on individual car ownership.

As it battles with Alphabet Inc’s

In January, the Japanese automaker said it was working with Uber to develop a system of self-driving vehicles for tasks including ride hailing and parcel delivery.

Toyota is an investor in Uber, and offers flexible vehicle leasing terms for Uber drivers. It has declined to comment on its size of its stake in the company.