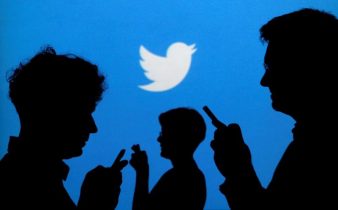 The San Francisco-based social network also said it would not allow people to use software to simultaneously perform other actions such as liking or retweeting from multiple accounts.

Twitter, known for freewheeling discussions in short messages, is under pressure from users and Western governments to stem the spread of false news and foreign propaganda, often done with the help of automated accounts known as bots.

Twitter bots disseminated propaganda before the 2016 U.S. elections and have continued to inflame U.S. politics under cover of anonymity, academic researchers and U.S. authorities say.

On Friday, the office of U.S. Special Counsel Robert Mueller charged 13 Russians and three Russian companies, including St. Petersburg-based Internet Research Agency known for trolling on social media. The court document said those accused “had a strategic goal to sow discord in the U.S. political system, including the 2016 U.S. presidential election.”

“These changes are an important step in ensuring we stay ahead of malicious activity targeting the crucial conversations taking place on Twitter – including elections in the United States and around the world,” Roth said in a statement.

Posting identical messages to multiple accounts, or simultaneously retweeting or liking a message from multiple accounts, could help vault something into Twitter’s trending list, giving a false impression of how viral it is among real people.

Twitter said it would give users until March 23 to comply before suspending accounts. It made an exception for bots of broad interest such as earthquake alerts.

Twitter has cracked down on other violations of its terms of service, including fake accounts by people inflating their following.

Some U.S. users with conservative politics complained their number of followers had gone down after Twitter asked them to verify their identity. #TwitterLockOut was among the trending topics.

Medium said it would not discuss individual accounts, but a recent rule change banned people from spreading “disinformation.”