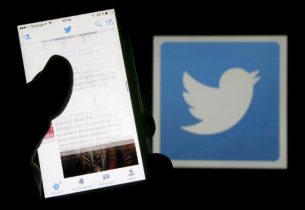 Twitter said on Tuesday that it would begin a test with a random sample of users allowing them to send tweets that are as long as 280 characters, double the existing cap, in most languages around the world.

The San Francisco-based company has stood by its short messages as a defining characteristic – like chirps from a bird, which is the company logo – even as users found ways around the limit, such as posting photos of text.

In a blog post on Tuesday, Twitter said its emphasis on brevity would never change but that it had been wondering whether people could express themselves easily enough, hurting the service’s popularity.

“Trying to cram your thoughts into a Tweet – we’ve all been there, and it’s a pain,” Twitter project manager Aliza Rosen and senior software engineer Ikuhiro Ihara said in the post.

The employees acknowledged some users may have an “emotional attachment” to the current limit.

News reports in January 2016 said that Twitter was running internal tests for longer tweets and considering a limit as high as 10,000 characters.

Though Twitter is ubiquitous in media because of frequent use by U.S. President Donald Trump and many celebrities, the company has struggled financially. For the second quarter, it reported a loss of $116 million and zero growth in the number of users, at 328 million people. Facebook Inc

A higher character limit was inspired by how people use Twitter when writing in Chinese, Japanese and Korean, the company said.

Characters in those languages can often express more than Roman characters can, meaning those users already, in effect, have a higher limit. They also use Twitter more often.

“In all markets, when people don’t have to cram their thoughts into 140 characters and actually have some to spare, we see more people Tweeting,” the two employees wrote.

The test of 280 characters will run for an unspecified number of weeks in all languages except Chinese, Japanese and Korean, Twitter said. The company declined to say how many people would be included in the test.

The 140-character limit originated from the use of SMS text messages. Twitter’s founders, including Chief Executive Jack Dorsey, wanted a limit just below the SMS cap of 160 characters.