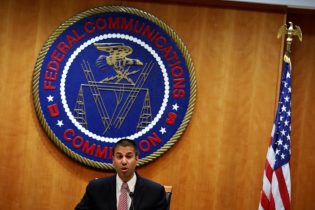 WASHINGTON (Reuters) – Republican and Democratic lawmakers have reached agreement to allow for the sale of spectrum to speed up the introduction of next-generation 5G wireless networks, congressional leaders said on Friday.

The U.S. House of Representatives will vote on the measure on Tuesday, leaders in both parties said.

Wireless carriers have spent billions of dollars acquiring spectrum and beginning to develop and test 5G networks, which are expected to be at least 100 times faster than 4G networks and cut latency to less than one thousandth of a second from one hundredth of a second in 4G, the FCC has said.

The bill unveiled on Friday includes a technical fix to allow the auction to proceed to allow the FCC to deposit upfront payments from spectrum bidders with the U.S. Treasury. Under current law, the FCC must deposit such payments with private banks in interest-bearing accounts, but regulations make that impossible.

The bill “puts consumers first and solidifies the nation’s critical telecommunications infrastructure, giving the U.S. a global edge in the race to 5G and improving internet services,” Senators John Thune, a Republican, Bill Nelson, a Democrat, and Representatives Greg Walden, a Republican, and Democrat Frank Pallone said in a statement.

The bill authorizes funds to address a shortfall to relocate TV broadcasters who are relocating on the spectrum after the 2017 low-band spectrum auction. The FCC and law enforcement will be better able to protect consumers from fraudulent telephone calls, according to the bill.

The biggest issue it sidesteps is so-called net neutrality. Republicans have urged Democrats to negotiate to enshrine some internet protections in the law, but set limits on the FCC’s ability to regulate internet providers. Democrats argue that net neutrality rules inacted in 2015 should remain in place.