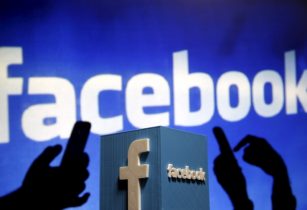 Commissioners agreed to accept comment for 30 days on whether to revise disclaimer rules on when an ad must say who paid for it. The rules generally do not apply to political ads on Facebook and Alphabet Inc’s

Foreign governments are allowed under U.S. law to buy ads and publicity for certain issues if they disclose such spending, but it is unlawful for them to interfere in elections.

Last week, Facebook said an operation likely based in Russia spent $100,000 on thousands of U.S. ads promoting social and political messages over a two-year period through May, fueling concerns about foreign meddling in U.S. elections.

U.S. congressional committees and special counsel Robert Mueller are investigating the allegations, which Russia has denied.

Commissioners disagreed on the need for rules changes and whether the alleged Russian Facebook ads were a problem.

“I’ve drawn no conclusions, by the way, about what the ads said or if they’re even under our jurisdiction because I have no idea what the text of those ads said,” Lee Goodman, a Republican commissioner, said during the meeting which was webcast.

Facebook has not released copies of the ads, and Goodman said they might fall under the jurisdiction of the U.S. Department of Justice, which enforces laws on foreign agents operating in the country.

“We know that foreign nationals are placing political ads, because Facebook has told us,” she said at the meeting.

Commission Chairman Steven Walther, an independent, said he was reluctant to “get into naming names” of companies running foreign ads but that the commission may need the tech sector to help craft regulations.

“We should make sure that we’re going to be able to get the Googles or some of the people who have the technological expertise to help us move in a constructive direction,” he said.