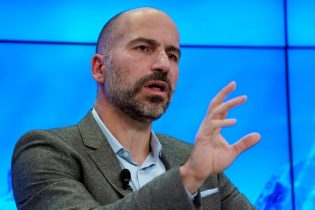 NEW DELHI (Reuters) – Uber Technologies Inc does not expect any change in its India operations following an investment deal with Japan’s SoftBank Group, which also has a stake in the U.S. firm’s India rival Ola, Uber’s chief executive said on Thursday..

India is one of Uber’s fastest-growing international markets and accounts for more than 10 percent of Uber’s trips globally, but it’s not making money yet, Dara Khosrowshahi told reporters in New Delhi, his first visit to India since he became Uber CEO last year.

Both Uber and India’s market leader Ola are backed by SoftBank and have been locked in a fierce battle, pumping in millions of dollars of investors’ money for a bigger piece of the country’s $12 billion taxi market.