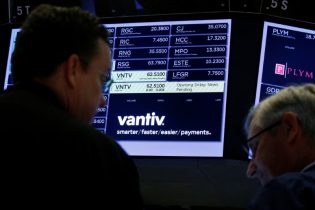 LONDON (Reuters) – British payments firms Worldpay said on Tuesday that its U.S. suitor Vantiv has been granted a week-long extension to Aug. 8 to make a firm takeover bid or walk away for six months.

Vantiv agreed to buy Worldpay, a former unit of Royal Bank of Scotland, for 7.7 billion pounds ($10.17 billion) on July 5 and had until Aug. 1 to submit a formal bid, but the two companies are still negotiating the final terms of the deal including the location of the combined group, sources said.

Worldpay said that “positive discussions” are continuing but there can be no certainty that a firm offer will be submitted.

It added that the deadline could be pushed back further still if the UK Takeover Panel approved.

Sources familiar with the matter said that the headquarters of the combined entity is one of the main sticking points as Worldpay wants London to be the centre and has asked for binding commitments to protect British jobs.

Worldpay, which is advised by Goldman Sachs, wants to make the deal palatable to the British government, which has recently taken a more protectionist stance on takeovers by foreign acquirers, the sources said.

Earlier this year the London Stock Exchange scrapped a deal with Deutsche Boerse to create Europe’s biggest exchange amid growing calls from German politicians that the headquarters be shifted from London to Frankfurt because of Brexit – a concession the LSE did not want to make.

Vantiv’s move to buy Worldpay comes at a time when more purchases are being made online, and the payments industry – long considered a backwater of banking – is facing fresh competition from a series of newcomers that are trying to disrupt the way merchants get paid.

Under the terms of the deal announced on July 5, Vantiv, which is advised by Morgan Stanley, will pay 55 pence in cash, 0.0672 of a new Vantiv share and a 5 pence cash dividend per Worldpay share, totaling 385 pence per share.