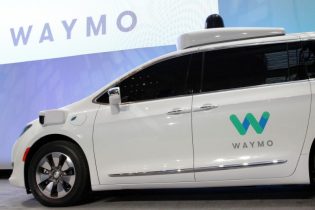 Waymo claimed in a lawsuit earlier this year that former engineer Anthony Levandowski downloaded more than 14,000 confidential files before leaving to set up a self-driving truck company, which Uber acquired soon after.

Uber has denied using any of Waymo’s trade secrets. Jury selection in San Francisco federal court is scheduled to begin on Oct. 10.

For months, Waymo had been seeking to obtain a 2016 due diligence report that Uber had completed prior to obtaining Levandowski’s company. Waymo hoped it would shed light on what Uber knew about Levandowski’s downloads, and when Uber knew them.

A federal appeals court this week ordered Uber to disclose that diligence report.

In a court filing on Saturday, Waymo said the report contains critical evidence that necessitates further investigation which cannot be completed by Oct. 10.

Waymo referenced several portions of the due diligence report in the court filing, but this evidence was redacted and could not be viewed by the public.

Waymo said additional depositions, including those of Levandowski and Uber’s ex-CEO Travis Kalanick, would have to be completed now that the due diligence report and other files have been disclosed to Waymo.

The case pits two companies battling to dominate the fast-growing field of self-driving cars. Alphabet Inc is currently in discussions with Lyft Inc about a possible investment, which would boost the No. 2 ride provider as it battles rival Uber for market share.