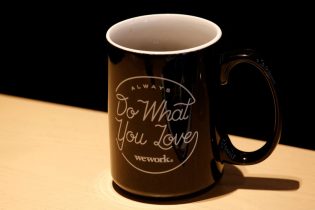 The firm, which provides workspace for users as varied as freelancers, entrepreneurs and corporations, said it will buy Singaporean peer Spacemob for an undisclosed amount, and that it will retain Spacemob’s management team.

It did not elaborate on its investment in Korea.

The announcement comes less than two weeks after WeWork set up a Chinese unit with the help of a $500 million injection from China’s Hony Capital and Japan’s SoftBank Group Corp to expand beyond current locations of Beijing, Shanghai and Hong Kong.

That followed the establishment earlier in July of a joint venture with SoftBank in Japan which aims to open its first workspace-sharing location in Tokyo next year.

WeWork could announce more local units soon, founder and Chief Executive Officer Adam Neumann told Reuters in a July interview. Having separate local entities in different countries gives WeWork the flexibility to take some of those units public, while keeping others under the parent, he said.

WeWork operates over 155 properties in 16 markets including the United States, its biggest market, Canada and Germany.